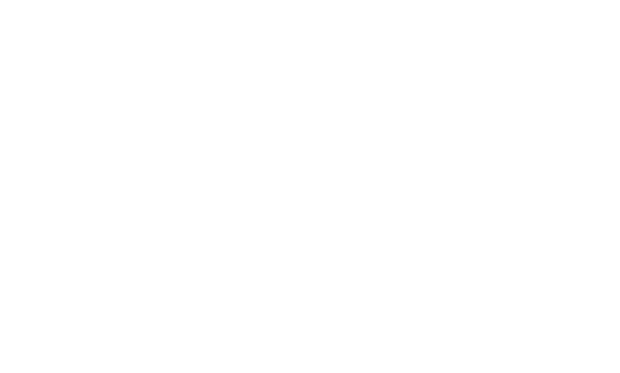 The last three months have been a busy time for engineering job news, with a number of companies opening new development centers around the world. Silicon Valley, meanwhile, was mostly quiet. There was not a lot of bad news, but only a few bursts of hiring activity. Here's a sampling of the latest tech hiring and firing announcements.

The most recent news came from Chinese tech firm Huawei. The company said that it would lay off 600 tech workers from Futurewei, the company's U.S. R&D subsidiary with offices in California, Texas, and Washington. The subsidiary currently employs 850. The layoffs aren't particularly surprising, coming after the U.S. government in May added Huawei to a blacklist that prevents U.S. companies from supplying it with technology without a special license; Futurewei's reason for existence is to develop technology for use by Huawei.

Microsoft, meanwhile, is looking to hire about 20 engineers for Your Phone development. Your Phone is an app that allows Windows PCs to mirror some aspects of Android phones, including text messages, photos, and notifications. Microsoft's Redmond, Wash., headquarters are less than five miles from Futurewei's Bellevue labs, which could be good news for at least a few just-fired mobile phone developers.

Adding to the Seattle job boom, Apple announced that it plans to hire about 200 tech employees for its Seattle operation and aims to increase its Seattle workforce by 2,000 over the next five years. Elsewhere, the company has amped up hiring of engineers to work on Siri development, according to Thinknum Media. In early April, Thinknum reported, Apple was listing 125openings for Siri development, a number that grew to 176 in June. Most of those—nearly 100—were for jobs at Apple's Cupertino headquarters, but jobs at 13 other cities around the world were also on the list.

While Apple is expanding in Seattle, Seattle-based Amazon is looking outside of Seattle for new engineers.

Amazon plans to hire some 170 tech professionals in the United Kingdom, for development teams in Cambridge, Edinburgh, and London. Back in the United States, the company announced that it will be adding 400 tech workers in Denver. Looking ahead, the company said it will add 2,000 tech workers with expertise in machine learning, speech science, and robotics to a new Boston office in 2021. However, the company also reportedly cut dozensof developers at Amazon Game Studios.

Amazon wasn't the only company with good news for U.K. tech professionals. Facebook is also expanding in the United Kingdom. The company announced plans to add 500 tech jobs this year at a new engineering center in London. The center will focus on building tools to detect malicious content and fake accounts, according to Reuters.

Rent the Runway, headquartered in New York, plans to hire 150 engineers and developers over the next three years in its new tech center in Galway, Ireland.

Deem, a San Francisco company owned by Enterprise with cloud-based tools for travel management, said it will create at least 50 software engineering jobs in Dublin, Ireland.

Car-maker Lotus announced that it will hire 200 engineers for its Norfolk, England headquarters and a new engineering center in Midlands, England.

On the East Coast of the United States, Lowe's announced that it will hire 1,600 tech workers for its soon-to-be-built global tech hub in Charlotte, N.C. The home improvement company will bring in an additional 400 tech professionals from other locations.

Yext, a company that builds tools to help companies manage their brand and reputation online, announced plans to expand its New York City operations, adding 500 tech jobs over the next five years.

IBM reportedly laid off 2,000 employees in June in something that has become a midyear tradition. As is typical for IBM, the company refused to confirm specific numbers.

Back in Silicon Valley, Waymo is adding 13 engineers—but didn't have to post the openings. It's picking up a team that lost their jobs at robotics startup Anki.

Ola, an India-based ride-hailing app company in the style of Uber and Lyft, announced that it will open a San Francisco tech center and staff it with more than 150 engineers. The company plans to work on electric and autonomous vehicle technology there.

Google's sister-company, Wing, posted dozens of new jobs in July, according to CNBC. In addition to engineers, the company is looking to add a chief pilot and a few lawyers as it gets ready to confront regulatory obstacles for its drone delivery service.

There was a burst of activity in fintech jobs over the past few months, at both traditional banking and newer Internet banking upstarts.

Earlier this year Square announced that it was going to work on cryptocurrencies, and in June Facebook unveiled its own cryptocurrency, Libra. Facebook quickly posted 31 jobs seeking engineers with blockchain expertise according to Coinrevolution.com; now the company has 39postings, mostly for engineering jobs, though Facebook is also seeking a few lawyers to help navigate the regulatory waters.

Internet payment processor Stripe in May said that this year it will hire at least 100 engineers for its new engineering hub. The company didn't announce a location because this new hub will essentially be virtual, employing only remote workers.

Lloyd's Banking Group is recruiting data scientists and engineers to fill 500 openings at its new digital tech hub in Edinburgh.

The only financial industry tech layoff announcement that I spotted came from Capital One. The company said it's closing its Seattle engineering office, affecting some 160 tech workers. Capital One indicated that it would offer transfers to those affected, though most are expected to stay in booming Seattle.
Back to blog
Company
Info
.
Try it free
© 2016 Units Technology